When mechanical components are repaired or maintained, parts cleaners are often used to remove the soils, oils and grease. This helps ensure parts function properly, and it may even extend their life. To get the most out of your parts cleaners, you should be aware of the hazards of your chosen solvent and make sure it is used, stored and disposed of correctly.

Most parts cleaner units consist of a cleaning basin, a solvent reservoir and a solvent recirculation system. Many small units are manually operated; the operator rinses with a solvent while brushing the soil, oil and grease from the parts.

Types of Solvents and Their Hazards

Several types of solvents can be used in the cleaning process. The ideal choice depends on the type of part being cleaned, environmental conditions and the type of contamination of the dirty parts. The most common types of solvents are petroleum-based, low flash point solutions (100°F); petroleum-based, high flash point solutions (>140°F); and detergents.

Several solvents are on the market with flash points above 140°F. They typically have lower evaporation rates, less odor and may dry at a slightly slower rate. They are not considered hazardous waste, but keep in mind that they may become hazardous waste if contaminated with a hazardous material.

These water-based solvents typically contain detergents, mild caustics or citrus-based products. One advantage of using these types of products is that they significantly reduce or eliminate the risk of fire. They generally are not considered to be hazardous waste, unless they are contaminated with a hazardous material.

No matter which solvent is used in the parts cleaner, organizations should try to extend the life of the cleaning solvent. This reduces waste, as well as the cost associated with disposal. These guidelines can help you reduce waste:

• Clean parts only when necessary

• Use wire brushes, squeegees or scrapers to clean a dirty part before placing it in the cleaning unit

• Use alternative methods to clean parts, if available

• Use a filtering system to remove contaminants or cyclonic separators to remove soils from the solvent; This can extend the life of the solvent and reduce hazardous waste disposal costs

• For detergents, remove the oil from the solvent by periodically skimming the top

• When the parts cleaner is not in use, keep the lid shut on all solvents to reduce the loss of solvent through evaporation, air emissions and contamination

• Dispose of rags, brushes, squeegees and scrapers properly after use to prevent contaminating solvents

High flash point solvents are not initially considered hazardous wastes under RCRA; however, they may become hazardous if contaminated with the following:

• A RCRA D-listed heavy metal (chromium, cadmium, lead, etc.) in a concentration that would cause it to fail a Toxicity Characteristic Leaching Procedure (TCLP) toxicity test

• A substance with a low flash point ( < 140F) such as Naptha, mineral spirits, gasoline or kerosene in sufficient quantities to lower the flash point of the entire batch of solvent below 140F

All petroleum-based solvents should be handled through a solvent servicer for recycling, fuel blending or incineration.

Water-based detergent cleaners should be managed in the same manner as high flash point solvents to prevent contamination that could cause them to become hazardous waste. If the water-based solvent is nonhazardous, consult the local wastewater treatment plant before discharging to the local sewer system. Some vendors of water-based cleaners also offer offsite disposal services.

Hazardous solvents should always be disposed of according to all applicable federal, state and local hazardous waste removal standards. 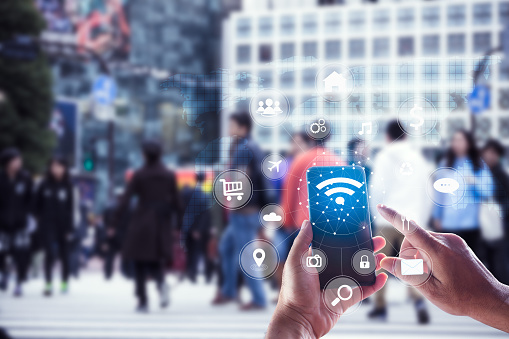