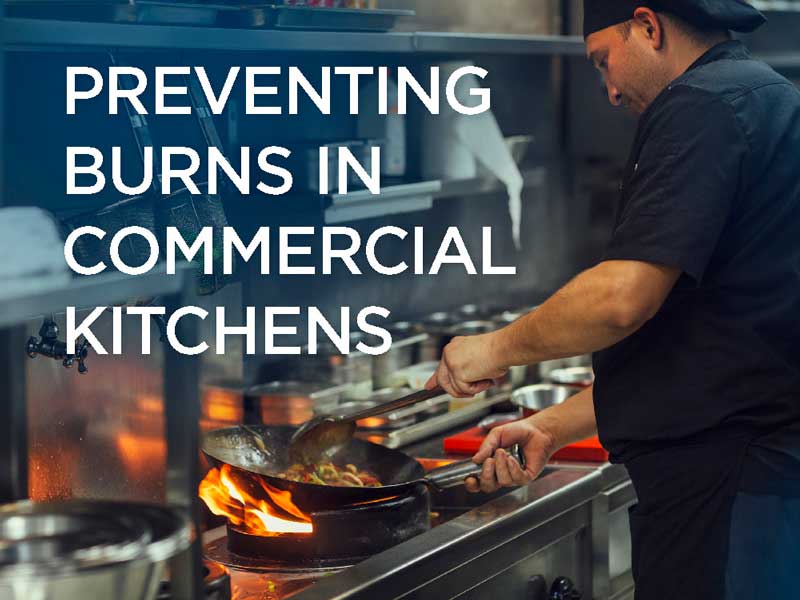 “Commercial kitchens, no matter how well managed they are, can be a recipe for disaster when it comes to the potential for burns,” says EMC Program Development Engineer Neil Wysocki.

Think about it: Kitchens are often full of hazards such as large quantities of hot cooking oil, boiling liquids on the stove, ovens, hot grills and griddles splattering grease, and large numbers of servers and chefs milling around the confined area. Unless the area is managed carefully, someone is likely to get injured.

Neil says it’s wise to be concerned about burns because it’s a real problem in the food service industry. “The American Burn Association says that food service workers experience the highest number of burns of any employees, about 12,000 each year,” he says.

Neil makes these observations about preventing burns in your kitchen:

Because it’s unlikely that commercial kitchens will eliminate a need for fryers anytime soon, Neil suggests making yours as safe as possible by upgrading your old system with these features: