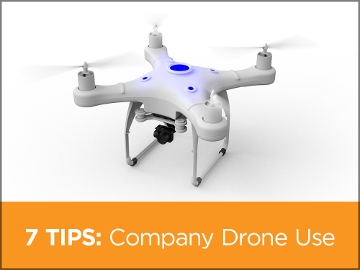 Drones—or Unmanned Aircraft Systems (UAS) as the Federal Aviation Administration (FAA) calls them—have become a hot tech trend. Their current and projected use increase nearly every day. They can take photos from above, maneuver into places humans cannot, gather data, provide surveillance and drop off packages.

EMC currently has four drones, which are used to help insured organizations better protect their buildings and properties. Those organizations who have or are thinking about getting drones, as EMC Loss Control Engineer Richard Effler strongly recommends, should implement formal written policies that outline their specific drone usage. Richard says, “A good policy covers best practices and prevents pitfalls. EMC has learned a lot from trial and error, and we want to share our insights with others.”

A drone policy should cover practical applications such as when, where and how drones are used and cared for, as well as staff training that complies with FAA rules and manufacturer recommendations. A good starting point is this chart from the FAA. Richard says drone handlers should also keep the following in mind before taking flight:

Wind is a major consideration for flying drones, but the exact recommendations depend on the drone size. Keep in mind that the heavier the wind, the faster the drone’s battery will drain. Follow recommendations from your UAS manufacturer.

The most common battery type, lithium polymer (LiPo), is sensitive to temperature. In freezing weather, these batteries may catch fire if ice crystals develop on the drone. Batteries are also drained faster in cold weather, while extreme heat can cause wear and tear. Rain, mist and snow are bad news for the system’s electronics.

Drones can’t fly without a power source, such as LiPo batteries. You’ll need to establish a routine so batteries are charged and ready when needed. Storing batteries at full power causes them to lose capacity at a dramatically higher rate than those stored at partial power. For intelligent flight batteries (DJI), the optimal storage range is generally 3.6 volts to 3.8 volts per cell. This means your schedule should include charging batteries immediately before use and then partially discharging after drone use. It’s also critical to follow the manufacturer’s instructions for charging and storing to avoid over charging, battery fires or explosions. While Richard says fires are rare, they do happen on occasion. He notes that some batteries will bulge a bit when overcharged, offering a clue that there is a problem.

Every drone flight should involve at least two people: one to pilot the drone and at least one person to observe. That is because the person piloting the equipment will need to focus on the drone and not what is going on in the foreground. Observers can watch for pedestrians, streets and traffic, predatory birds and anything else going on in the environment.

A good policy should lay out a perimeter for the drone and pilot. On the ground, crossing streets while flying can be problematic for the pilot (who may not be watching for traffic or curbs) and moving from one property to another may be trespassing. Boundaries for flight are also essential. While the FAA sets boundaries at 400 vertical feet, Richard says that 100 to 200 feet is all that is necessary for most tasks. “The higher you go, the windier it gets, which can cause problems between the controller and the drone. In addition, you really can’t see what is happening any higher, so you won’t know what is going on up there,” he says. The same is true as the drone moves horizontally. The FAA requires a line of sight at all times, but Richard says the regulations don’t differentiate between a close up viewpoint and watching a speck on the horizon. The safe distance from the pilot will vary, depending on topography (hills and valleys), obstructions (buildings and trees) and weather conditions (fog and daylight).

Your company must determine the type and amount of insurance coverage necessary for your drone practices. At a minimum, Richard advises a liability policy to cover personal injury and property damage. Beyond that, coverage should be based on what your drone is being used for and what risks your organization may be exposed to through drone usage. Check with your independent insurance agent to select the right insurance for your exposures.

Your company drone policy should include training, flight mission plans, maintenance and pre- and post-flight checks. 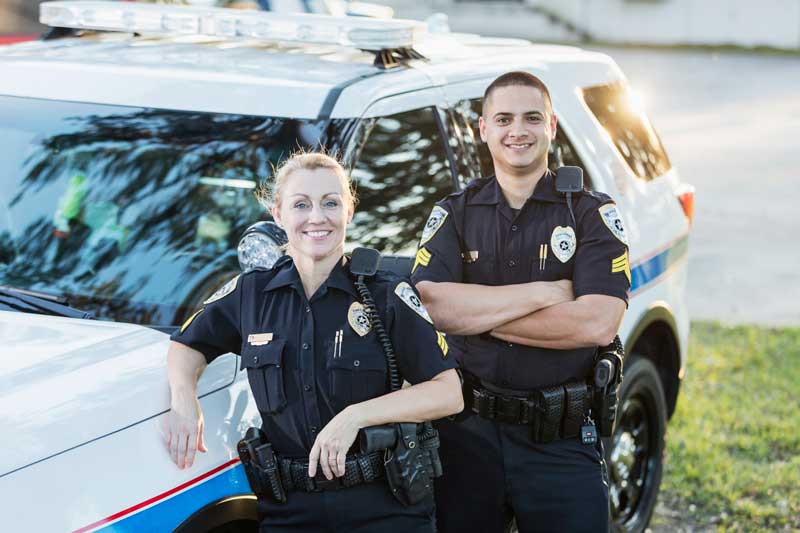