Meg Weist, J.D., joined EMC in 1992 and most recently served as vice president – claims operations. In her new role of senior vice president – chief claims officer, Weist will oversee all claims operations and EMC Risk Services, the company’s third-party administrator. She received a Bachelor of Science degree in Psychology from Saint Louis University in St. Louis, Mo., and a Juris Doctor degree from Creighton University in Omaha, Neb.

Sean Pelletier, J.D., was promoted to senior vice president – chief compliance officer, and will oversee EMC’s corporate risk, compliance and government relations departments, as well as the vendor management, facilities and administration departments. Pelletier joined EMC in 2003 and most recently served as vice president – compliance and government relations. He received a Bachelor of Science degree in History from Iowa State University in Ames, Iowa, and a Juris Doctor degree from Drake University in Des Moines, Iowa.

“We recognize how fortunate we are to have strategic leaders, like Meg and Sean, bringing their high level of expertise and experience into these roles,” said Executive Vice President Todd Strother. “They have both contributed greatly to EMC’s success over the years, and have done so while consistently demonstrating our values and a strong commitment to an inclusive culture.”

EMC Insurance Companies has more than 2,400 employees and is among the top 60 property/casualty insurance organizations in the country based on net written premium. Employers Mutual Casualty Company (EMCC) was organized in 1911 to write workers’ compensation protection in Iowa. Today, operating under the trade name EMC Insurance Companies, the company provides property and casualty and life insurance products and services throughout the United States and writes reinsurance contracts worldwide. EMCC is licensed in all 50 states and the District of Columbia. For more information, visit emcins.com. 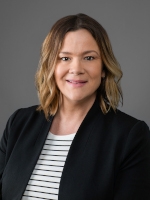 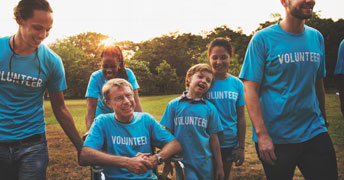