Employers Mutual Casualty Company to Acquire All Remaining Shares of EMC Insurance Group Inc. for $36 Per Share in Cash

Special Committee of EMCI's Board, Comprised Solely of Independent Directors and Advised by Independent Advisors, Unanimously Approved the Transaction

DES MOINES, Iowa, May 9, 2019 (GLOBENEWSWIRE) — Employers Mutual Casualty Company ("EMCC") and EMC Insurance Group Inc. (Nasdaq: EMCI) ("EMCI") today announced that, following an extensive and thorough negotiation process conducted by an independent Special Committee of the EMCI Board of Directors, they have entered into a definitive merger agreement pursuant to which EMCC, which currently owns approximately 55% of EMCI's outstanding shares, will acquire all of the remaining shares of EMCI for $36.00 per share in cash. The transaction has an equity value of approximately $356 million based solely upon the outstanding shares of EMCI not owned by EMCC. To effect the transaction, EMCC formed a new wholly-owned subsidiary to be merged into EMCI.

In response to EMCC's original proposal, the EMCI Board formed a Special Committee comprised of independent directors. Bruce G. Kelley, President, Chief Executive Officer and a director of both EMCI and EMCC, recused himself from all of EMCI's and EMCC's respective discussions, considerations, recommendations and votes with respect to the proposed transaction. The Special Committee reviewed EMCC's proposal and considered other options available to EMCI. The EMCI Special Committee was advised by independent financial and legal advisors, and the Special Committee received an opinion from its financial advisor that the $36.00 per share cash purchase price is fair, from a financial point of view, to EMCI's minority shareholders. The Special Committee ultimately determined that EMCC's proposed transaction is in the best interests of EMCI and its minority shareholders and unanimously recommended the transaction to EMCI's Board, which approved the transaction (with Mr. Kelley recusing himself).

David J.W. Proctor, J.D., Chairman of the Board of Directors of EMCC, stated, "We believe this transaction will drive enhanced value for our organization and our policyholders. The resulting simplified ownership structure will eliminate the divergent corporate financial and operational expectations of multiple stakeholders and allow us to focus solely on serving the best interests of our policyholders. The transaction will also eliminate the costs and regulatory burdens of maintaining a publicly-traded company and provide us with increased financial flexibility to more effectively deliver enhanced value for our policyholders. Additionally, we fully expect to retain our 'A' rating from A.M. Best after the completion of this transaction."

The proposed transaction is anticipated to close in the second half of 2019, subject to satisfaction or waiver of customary closing conditions, including the approval of the transaction by the holders of a majority of the outstanding shares of EMCI common stock not owned by EMCC, its affiliates and the executive officers and directors of EMCI, EMCC and their respective subsidiaries. The transaction is not subject to a financing condition. As a result of the proposed transaction, EMCI has agreed to postpone its 2019 annual shareholders meeting.

Employers Mutual Casualty Company is the parent company of one of the top 60 insurance organizations in the country based on net written premiums. EMCC was organized in 1911 to write workers' compensation protection in Iowa. Today, operating under the trade name EMC Insurance Companies, EMCC and its subsidiaries provide property and casualty insurance products and services throughout the United States, and EMCC writes reinsurance contracts worldwide. EMCC is licensed in all 50 states and the District of Columbia. For more information, visit emcins.com.

EMC Insurance Group Inc. is a publicly held insurance holding company, which was formed in 1974 and became publicly held in 1982. EMCI's common stock trades on the Global Select Market tier of the Nasdaq Stock Market under the symbol EMCI. EMCI's parent company is EMCC. Additional information regarding EMCI may be found at investors.emcins.com.

This news release contains certain forward-looking statements that are intended to be covered by the safe harbors created by the Private Securities Litigation Reform Act of 1995. When we use words such as "anticipate," "intend," "plan," "believe," "estimate," "expect," or similar expressions, we do so to identify forward-looking statements. Forward-looking statements are based on current expectations that involve assumptions that are difficult or impossible to predict accurately and many of which are beyond our control. Actual results may differ materially from those expressed or implied in these statements as a result of significant risks and uncertainties, including, but not limited to, the occurrence of any event, change or other circumstances that could give rise to the termination of the merger agreement, the inability to obtain the requisite shareholder approval for the proposed transaction or the failure to satisfy other conditions to completion of the proposed transaction, risks that the proposed transaction disrupts current plans and operations, the ability to recognize the benefits of the transaction, and the amount of the costs, fees, and expenses and charges related to the transaction. Additional information about these risks and uncertainties, as well as others that may cause actual results to differ materially from those projected, is contained in EMCI's filings with the SEC, including EMCI's Annual Report on Form 10-K and EMCI's quarterly reports on Form 10-Q. The statements in this news release speak only as of the date of this release and we undertake no obligation to update or revise any forward-looking statement, whether as a result of new information, future developments or otherwise, except as may be required by law.

Additional Information and Where to Find It

In connection with the proposed transaction, EMCI will file with the SEC a proxy statement on Schedule 14A and may file other documents with the SEC regarding the proposed transaction. This news release is not a substitute for the proxy statement or any other document that EMCI may file with the SEC. INVESTORS IN, AND SECURITY HOLDERS OF, EMCI ARE URGED TO READ THE PROXY STATEMENT AND ANY OTHER RELEVANT DOCUMENTS THAT ARE FILED OR WILL BE FILED WITH THE SEC, AS WELL AS ANY AMENDMENTS OR SUPPLEMENTS TO THESE DOCUMENTS, CAREFULLY AND IN THEIR ENTIRETY BECAUSE THEY CONTAIN OR WILL CONTAIN IMPORTANT INFORMATION ABOUT THE PROPOSED TRANSACTION AND RELATED MATTERS. Investors and security holders may obtain free copies of the proxy statement (when available) and other documents filed with the SEC by EMCI through the web site maintained by the SEC at www.sec.gov or by contacting the individuals listed below.

Participants in the Solicitation

EMCI and its directors and executive officers may be deemed to be participants in the solicitation of proxies in connection with the proposed transaction. Information regarding EMCI's directors and executive officers, including a description of their direct interests, by security holdings or otherwise, is contained in EMCI's Annual Report on Form 10-K for the year ended December 31, 2018, as amended. A more complete description will be available in EMCI's proxy statement on Schedule 14A (when available). You may obtain free copies of these documents as described in the preceding paragraph.

1 Based on EMCI's unaffected closing stock price on November 15, 2018, the last trading day prior to the public announcement of EMCC's original proposal to acquire 100% ownership of EMCI. 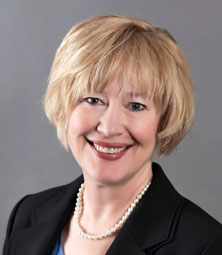 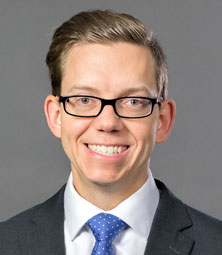